Professor Shor's long professional life is tied to the V.M.Glushkov Institute of Cybernetics in Kiev, Ukraine. He started to work there in 1958 after graduating from the Kiev National Taras Shevchenko University by the invitation of Professor V.M.Glushkov, the supervisor of his diploma in differential algebra. He never changed his place of work. In this Institute he made his career from an engineer (1959) to the head of Department Methods for solving complex optimization problems (1983, till date). Professor Shor is well known not only for the method of generalized gradient descent which he proposed in 1962, but also for the family of methods which involve space transformation:

It is interesting to note that well known ellipsoid method independently proposed by A.S.Nemirovsky and D.B.Yudin is a special case of Shor's subgradient type methods with the space dilation in the direction of a subgradient.

Naum Zuselevich Shor became a full member of the National Academy of Science of Ukraine in 1998.

In this section I intend to place our dept chief Petro I. Stetsyuk picture ASAP. 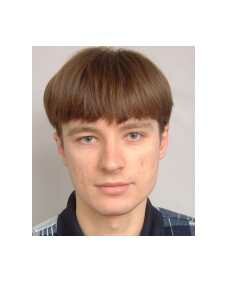